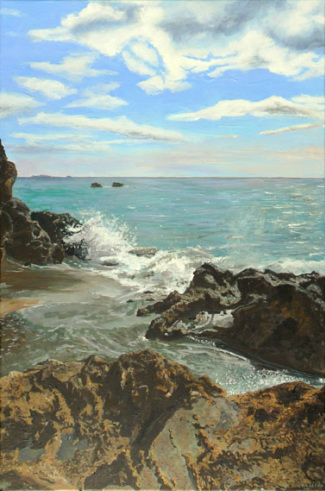 After having successfully sold a picture of waves at “Hot water Beach” on the Corromandel peninsular of New Zealand, I thought that I would see if lightning could strike twice. Slightly further along from where the previous image had been taken, I found an image I liked and worked from that.

Perhaps the result has less energy that the original and so disappoints. Do I need some other life in it or is the composition OK but needs something else to convey the energy within the wave?

I feel the picture is not whole somehow – but I think someone could love it.